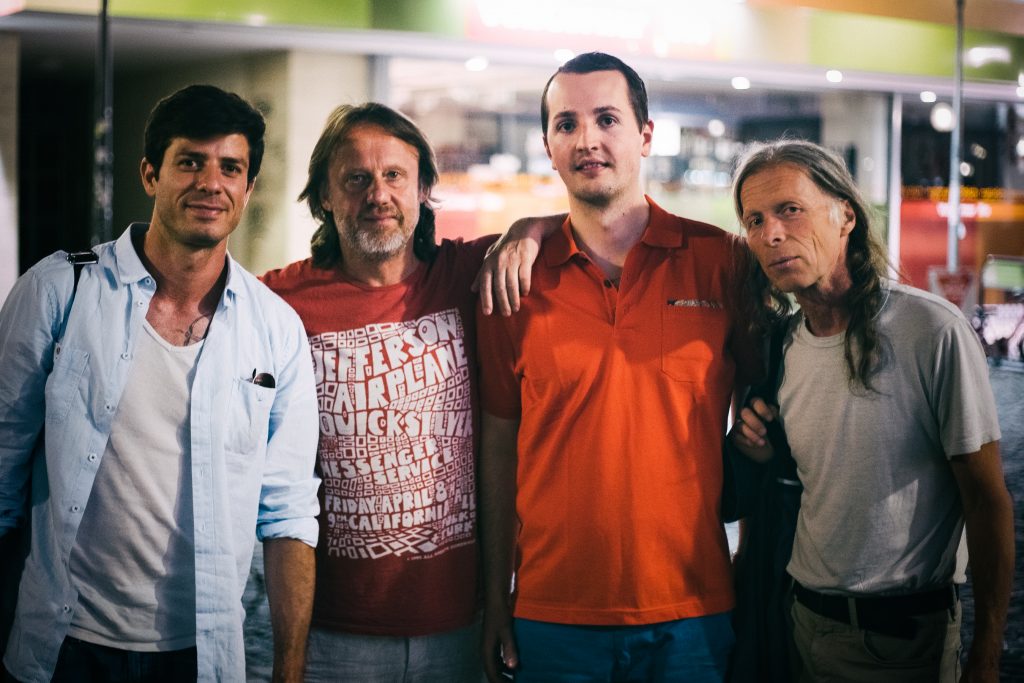 VENICE is the name of the upcoming debut album by the Jazz quartet DISTANCES, that was founded by the Munich bassist Georg Kolb and the Venetian Jazz pianist Marco Ponchiroli in June 2014. They are accompanied by the brilliant young saxophone player Jan Grinbert from Latvia and the virtuoso Bulgarian drummer Nevyan Lenkov.

After successful concerts in Germany and Italy the band is going on a release tour in Spring 2017 (with concerts including Germany, Italy and Latvia) – with a special programme for its live performances: An exclusive modular video installation completes the connection of an intense Jazz performance with fascinating atmospheric pictures to a unique concert experience.

The core identity of DISTANCES is a connection of energetic density and poetic atmospheric sensitivity. The ageless beautiful compositions by Marco Ponchiroli create a unique ambience of Italian flair and explosive improvisation. The name DISTANCES does not only derive from the international line-up, but describes the idea of shaping musical spaces that cross stylistic borders. The compositions (respectively also one by Georg Kolb and Jan Grinbert) are in contrast regarding tempo, character and intensity – from nearly ´classic´ minimalism of chamber music to massiv complexity.

VENICE does not only consider itself as an homage to Marco Ponchiroli´s birthplace, but is an eclectic metaphor for the historic development from glamour and power to decay and demise.

Venice is a city of mystical elegance that holds its place as one of the most beautiful cities in the world, but is in danger of becoming a living museum due to its high dependance of gigantic masses of tourists and more and more inhabitants moving away. Therefore the thematical focus of this conceptional Jazz record lies on the city at night – with all the shadows and shimmering myths of mysterious places, bars, ´palazzi´ and their various aspects.

By implementing subtle musical colors such as mandolin or cello (played by the featured guest musician Eugen Bazijan) Georg Kolb has given the production a subdued Venetian character.

A particular attention is focused on the artwork of the album: the emotional polarity of the music continues with the exceptional design of the front cover by the Italian sculptor and painter Romano Abate.