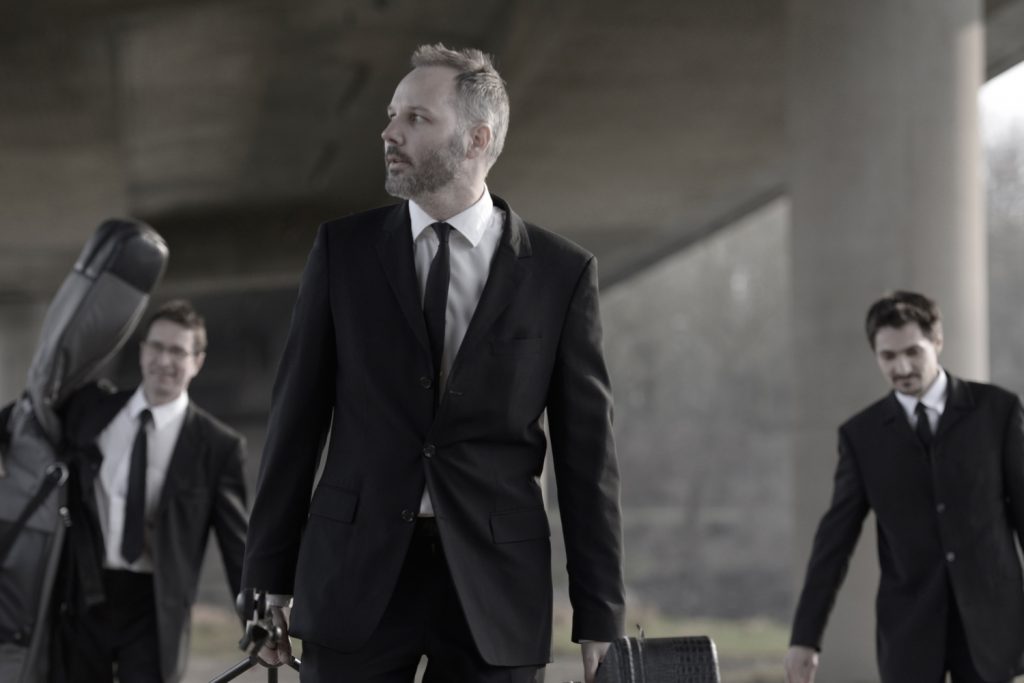 For the perfect sound no journey is too long. In May 2016, the Florian Peters Trio travelled to the world-renowned Rainbow Studio in Oslo to record their second album, together with Jan Erik Kongshaug – one of the finest Sound Engineers there is. The fruits of this endeavour speak for themselves.

Their debut album from early 2013 – NÀU – was placed in the “Music worth listening to” section of the Süddeutsche Zeitung and seen by their critic as “deliberately placing itself between various musical styles”. With 11 waves the trio have now taken a further step in their development. The variety of styles remains a strong point – however, where the styles were fused in their debut album, now they are boldly juxtaposed. Florian Peters loves providing his listeners with real musical diversity and surprises with each new song. The majesty of the world’s largest grand piano then allows his sound to be expressed bluer and clearer. Each of self-crafted songs represents an unexpected, unplannable life event that engages us, through which we must pass, through which we grow.

Just as the waves of life rise and fall, so too here the melancholic spells and brash, swinging up-beat numbers. One wave caresses the listener wistfully for a moment, the next crashes in with an energy that dominates the spaces it opens up for itself. Yet the intensity of these waves never falters. The finely conceived piano-dominated compositions are truly multi-facetted – where a jazz sound can be heard in one, another will have a strong classic folk tone, another will feel like a pop ballade and the next will strike the listener as being modern singer-songwriting. The relaxed, smooth voice of the bandleader fits perfectly into these arrangements – this at no expense of each of these three congenial musician’s ability to artistically tell his own ornately-decorated story.

Florian Peters (vocals, guitar, piano) lives in Regensburg. He was taught jazz piano by Bernd Lhotzky, Rob Bargad and Jan Misere; learned piano improvisation under the tuition of Ray Santisi at the University of Berklee in Boston, USA; and also studied jazz piano at Berklee Jazz Clinic in Perugia, Italy, under Dennis Montgomery. Among others, he has played with Lawaschkiiri and Connecion Colorido, as well as performing solo.

Roland Duckarm (background vocals, drums, percussion) lives in Forchheim. He studied drums at the Music College of Nuremberg, after which he earned a scholarship from the Erna Köhler Foundation, as well as the Bruno Rother Scholarship with the Paduiva Trio. Among others he has performed with l’Orchestre Europe, Radio Europa, Scala Tympani, Donikkl, and Raith Schwestern.

Gunter Rissmann (background vocals, double bass, electric bass) lives in Nuremberg. He graduated from the Würzburg Conservatory in Jazz Studies, completed a Jazz Workshop in Vermont and a Trio Workshop at Bremen College. He has been performing for over 25 years now, among others with Joe Nay, Leslek Zadlo, Pete Yellin, Ingrid Jensen, Don Menza, Ack von Rooyen, Sunday Night Orchestra, and the Glenn Miller Orchestra.