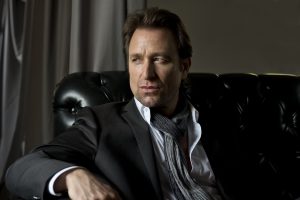 “I was fourteen years old when, for the first time, I came to the high mountain clinic Davos-Wolfgang because of my asthma, which has plagued me since I was a child to adulthood.

The entire summer holidays I spent there for three consecutive years. It was my time of growing up, of becoming independent, of getting-well, which I was allowed to experience in this incredible nature of Graubünden with the friends, that I had met there.

So serious the reason, so hard the morning treading, so relentless the nurses of the clinic, so much I found consciously to me in the time. When I arrived, it could be as sunny as it wanted: I could only imagine the time being dark, so alone in a clinic. But the next moment I was immersed in the world of the mountains, with the friends with similar fate, challenging daily routines and exciting events, an adolescent is always seeking. Great was the joy: for there was even a grand piano in the big hall! The music was also up here with me, with a view of the Jacobshorn. I gave my first small non-public concerts there, in front of wheezing, coughing, but very inspired asthmatics and their doctors, high from the constant shortage of air or the after-panting to relieve the air shortage. A symbiosis of mutual need. It’s no surprise that people who can’t breathe easily, appreciate life all the more. In the narrowness of the lungs, people arrive at hitherto unknown borderline experiences, but they also open their eyes, ears and all internal sensors to the essentials. Since then I have learned to live, work and fight for what is essential to me, often against resistance. Every time it made me stronger. Up to the New York City Marathon. I’m taking the air I need. Breathing in itself means to me: we overcome the resistance of the inhalation, as well as the resistance of exhaling. To absorb in oneself means the same effort as to release oneself from oneself.

When I got to know the literary world of Thomas Mann and encountered the ZAUBERBERG in a very special way in the same place in the Davos high mountain world, I remembered my experiences in this bizarre mountain landscape, in this sanatorium, this indulgence and urgency of nature. At that time, I also realized for myself that art, whether music, word or image, is the breath of being. Artists are people whose works give vibration and message to the world. Some of these messages should never fade, including the ZAUBERBERG of the great German writer Thomas Mann. It is for me the highest form of literary breath.

When I was invited to a concert by the Gustav Mahler Music Festival in Toblach (South Tyrol), I learned that Gustav Mahler tried to give relief to his asthma sufferings in his composer’s house in the surrounding rugged Dolomite landscape. I immediately had my own ZAUBERBERG experience. Therefore, I decided to make some music recordings there the day before and after the concert. This recording situation offered me the opportunity to fully trust in my inner voice: Before the recordings, I sat mostly by the brook in the sun, listened to the water, my thoughts, then jumped when I felt inspired and improvised, with the ZAUBERBERG in my Head to the piano. From the recording material of several hours, I took out two hours for the present CD that came closest to my idea of ​​the ZAUBERBERG and a homage to Thomas Mann. A few more improvisations, with are rather a nighttime mood, I recorded in my own Munich studio. The present recording is completely improvised and cast from the moment. It is a tribute to one of the greatest writers of our time and one of the greatest works of literary history. I invite you on a musical journey to my breathing self in thought of the ZAUBERBERG. The fact that Thomas Mann’s portrait can now be seen on the title of this music recording, without being quoted from his work, may be a sign of how much he influenced and influenced my style of music: a musical improvisation as a counterpart to the great, literary Breath!

The jazz pianist, composer and producer Cornelius Claudio Kreusch, whom the Boston Globe calls „A pianist who sounds like no one else. Endlessly fascinating to hear. “ has released more than 20 albums under his own name and collaborated with artists such as Herbie Hancock, Bobby McFerrin, Salif Keïta, Kenny Garrett, Bobby Watson or Greg Osby. The Bayerischer Rundfunk once described him with the following words: “This raging music alchemist, this obsessive quick-thinker, this eruptive tone manufacturer robs one of the senses and half the mind: you can only draw your hat and surrender.”

Kreusch rips all the piano titans of the century, whether they Tatum or Solal, Horowitz, Gould, Kühn, Hancock or Jarrett, into the thought-vortex of his ludicrous virtuosity and with some old standards in mind, undertakes a daring rally of constant metamorphoses, into the tremendous chain reaction of his sparkling, incredibly creative imagination. “(Attila Csampai, Bayerischer Rundfunk, TonArt, HiFi & Records, Music Manual)