Martin Kälberer piano, percussion, voice, sounds of all types and a hang

Martin Kälberer, known among others as a congenial partner of Werner Schmidbauer (“Aufgspuit”) and Pippo Pollina (“SÜDEN”) as well as Willy Astor (“Sound of Islands”), presents his new solo CD “GOYA”.

With an abundance of instruments, with loop technique, often improvised, but always melodious, he builds his soundscapes. Sometimes elegiac, sometimes driving percussive, sometimes melancholic, on the fine line between tension and relaxation, he fills the space with sound, always searching for the perfect musical moment. In the process, he creates images in the mind that carry you to faraway places.

With his third solo album, Martin Kälberer devotes himself even more intensively to the inner and outer world of images that so strongly influence his sounds and compositions.

The result is a musical exploration of the world as he sees it, inspired by the work of Franzisco de Goya, the visionary Spanish painter of the 18th/19th century and whose view of being human, his dark visions of transience and mortality, who we are and where we are headed, seem timeless and modern.

In collaboration with photographer Till Jenninger, these themes have been incorporated not only into the music, but also into the graphic design of the CD. A highly musical as well as musical plea for pausing, contemplating, listening, an acoustic counter-design to highly compressed continuous sound, in which silence also has its place.

Be the first to review “Martin Kälberer – Goya” Cancel reply 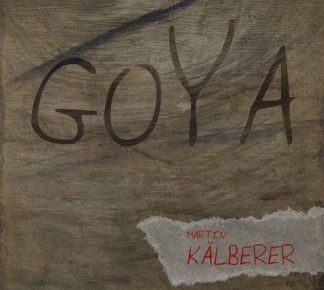