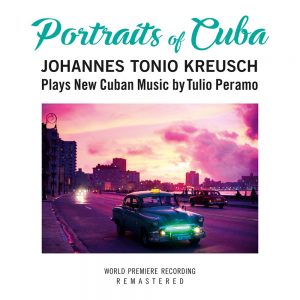 The story of an extraordinary friendship; the proof that music is the universal language of the globalised age, with which the whole world can be embraced and expressed without having to deny one’s own origins; the revelation that Cuban music is much more than we know from the “Buena Vista Social Club”: Portraits of Cuba” is all that. The album of guitarist Johannes Tonio Kreusch, on which the pieces from the late nineties are gathered on CD, which the Cuban composer Tulio Peramo wrote for him. In the remastered original recordings of the world premieres.

The search for the origins of this splendid, once again groundbreaking Kreusch album leads back to 1994, when Johannes Tonio Kreusch and Tulio Peramo met at the Havana Guitar Festival. Two who had more to talk about than musical petitessen: Kreusch, who was 24 at the time, had initially studied philosophy until the beauty of Bach adaptations for guitar completely absorbed him and led him to study at the Mozarteum in Salzburg and the Juilliard School in New York. At that time, he had just released his debut CD: “Ginastera – Bach – Brouwer”, already a triad of themes that occupy him to this day. Alberto Ginastera represents Kreusch’s penchant for the Ibero-American guitar tradition, Bach his classical foundation, and Leo Brouwer his love of Cuban music.

Listen to the music: https://glmmusic.de/PortraitsofCuba 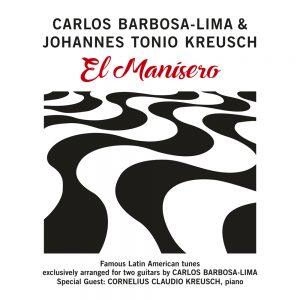 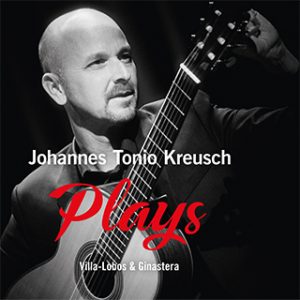