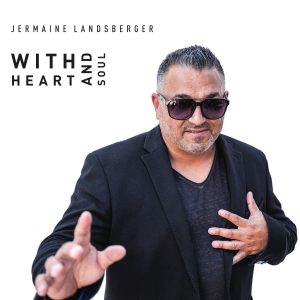 “With this album I have fulfilled my heart’s desire. In recent years I have always had the desire to record an album with my own songs and my own handwriting, to make music that is close to my heart, music that reflects my thoughts, my inspirations, and my inner self. Donald Edwards and Darryl Hall played an important part in this endeavor.” So Landsberger after completion of the recordings.

Listen to the music: https://glmmusic.de/WithHeartandSoulWE 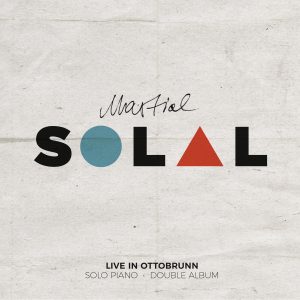 The unexpected always seems logical with him, wrote one critic. On “Live in Ottobrunn” Martial Solal proves this from the very first note: Only a D is heard at first, which keeps you on tenterhooks until a pianistic whirlwind follows: expressionistic disharmonies dissolve into blue notes, glissandi runs lead into long sustained chords, classical motifs merge with echoes of half of jazz history. Everything is rhythmically varied in a highly complex way, without ever falling out of time.

And only slowly does the standard emerge that provides the melodic basis: “My Funny Valentine”. As if under a burning glass, the first piece of the performance now documented as a double album at the Ottobrunn concerts in December 2018 thus already shows the entire high art of the “leading French jazz pianist,” as it understatedly says in the encyclopedia: Martial Solal, who has just turned 95, is after all a solitaire of jazz, indeed of music history.

Listen to the music: https://glmmusic.de/LiveinOttobrunnWE 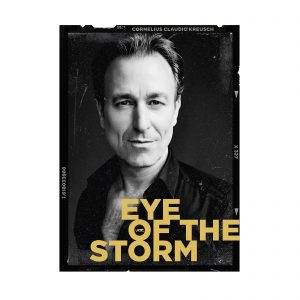 The great writer Gertrude Stein once said: “Jazz is tenderness and powerful violence.” A definition that has shaped the pianist Cornelius Claudio Kreusch already at the beginning of his career – and which now again perfectly applies to his new album “Eye of the Storm”. Whereby improvisation as the primal ground of these strong forms of expression is absolutely part of it.

And yet “Eye of the Storm” is now something completely different, something new. Not only because, in contrast to the often well-prepared confrontation with freedom in the past, it really was a spontaneous leap into the deep end. But above all because “for the first time I had the feeling of being an adult as an artist,” as Kreusch tells us. “Until now, the great predecessors and role models were always a source of inspiration. This time I was completely with myself from the first note.

A maturity and independence that you can hear on the album. Everything is an expression of the dazzling personality of Cornelius Claudio Kreusch, who is as extroverted and spiritual as he is grounded and consistent. As wild as it can get with the musical storm of thoughts, an almost classical undertone, immersed in inner listening, is dominant. And as much as every note, every chord, every change, every touch is unmistakably Kreusch, at the same time he succeeds in giving each improvisation part its own note.

Listen to the music: https://glmmusic.de/EyeoftheStormWE 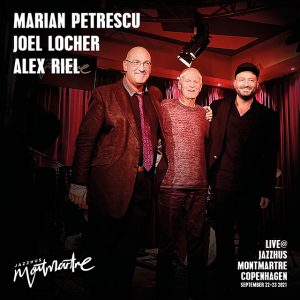 The trio got to know each other intensively for the first time in 2017 during a short tour of Germany and Switzerland. Alex Riel invited Marian Petrescu and Joel Locher to come to Jazzhus Montmartre in Copenhagen to play two double concerts together. For Joel Locher it was quickly clear that a live CD had to result from this.
Playing at Jazzhus Montmartre has always been a long-cherished wish for him. Alex Riel began his career as a member of the house band of the Montmartre Jazz Club in Copenhagen, together with bassist Niels-Henning Orsted Pedersen and Tete Montoliu or Kenny Drew on piano.
The trio concept is deliberately not completely reinvented by the three, rather a varied interplay across different styles and eras can be expected… from Oscar Peterson to Keith Jarrett. With breathtaking brilliance and dazzling virtuoso technique, the Romanian piano virtuoso Marian Petrescu plays an exciting trio programme with the congenial Joel Locher on bass and Alex Riel on drums.

Listen to the music: https://glmmusic.de/LiveatJazzhus 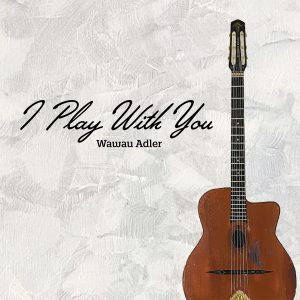 He is, of course, addressing his esteemed fans and listeners when the great gypsy swing guitarist Wawau Adler calls his new album “I Play With You.” But he could also be referring specifically to his instrument. He changes playfully between the Selmer No. 828, a classical guitar from the forties, over modern types to the electric guitar. Finally, the title could also refer to the repertoire that is played here: After Adler has interpreted in his earlier recordings mainly standards – his last album “Happy Birthday Django 110”, released two years ago, was, for example, explicitly dedicated to his and the great role model of all gypsy jazz guitarists Django Reinhardt – and interspersed in each case only a few original compositions, it is now for the first time exactly the opposite.

With his own songs you can now get to know the whole Wawau Adler on “I Play With You”. The one who never denies his Manouche roots, but who has derived his own style from them and has always applied it to all jazz like few of his generation. Biréli Lagrène was the first formative influence for Josef “Wawau” Adler, born in Karlsruhe in 1967, when he was twelve years old. The guitarist who is considered by many to be Django Reinhardt’s most legitimate successor precisely because he never simply copied the forefather of hot jazz and gypsy swing, but developed him further in his own way and transferred him to modern jazz styles. And Adler did and does the same.