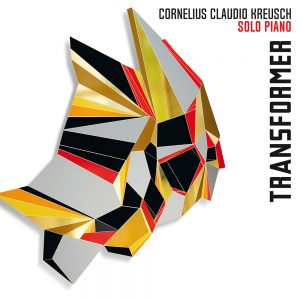 Jazz pianist Cornelius Claudio Kreusch had a “vision” early on with one of his albums. With his “Black Mud Sound” he created a world music emulsion earlier than most, landed a funky “Scoop” soon after and also turned to the Afro-Caribbean sound cosmos with “Féfé” and “Sun Music”. With “Life Is Beautiful”, he even ventured into pop, and with “Two Worlds One” and “Gestalt!“, he also combined classical music and free improvisation into an overarching concept. Most recently, he let himself be carried musically by Thomas Mann’s novel of the same name, but also by his own relevant experiences, in large-scale improvisations on the “Magic Mountain“. But the process behind all these so different projects now gives his new album its title: “Transformer.”

“The artist, in his best moments, is an engineer of transformation. He brings the idea into the world as a creative construct.  The jazz pianist is an improviser and thus the transformer of the moment. Familiar or new melodies are scooped into a new in the moment.”  This is how Kreusch describes the basic idea that guided him in this album. It is also a concentration, born of this time of forced pause, on the core of his artistic self-image: on the solo pianist Cornelius Claudio Kreusch.

For the pianist, who was first trained by his mother, concert pianist and music educator Dorothée Kreusch-Jacob, and then at the legendary Berklee College of Music in Boston and the Manhattan School of Music, is one of the most creative jazzmen on the planet, thanks to his extroverted nature, always bursting with energetic ideas.

With “Transformer” Kreusch follows up on earlier albums such as the hit album “Live! At Steinway Hall/New York“, to “Dolomites” and “Heart & Soul” and thus to his strengths as a soloist with a solitary signature.

Listen to the music: https://glmmusic.de/TransformerWE 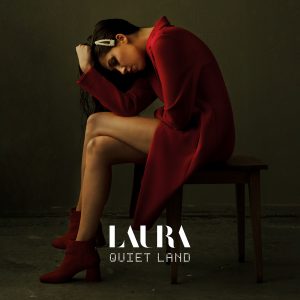 For todays International Jazz Day here is our playlist with more than four hours of music: 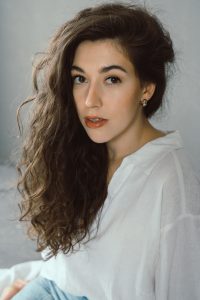 The verdict of a man who not only helped shape the history of jazz on and off the stage, but also made Michael Jackson the “King of Pop” as a producer, should be trusted: “This young woman doesn’t need to worry about her career. She is outstanding, and you will all hear from her in the future” – says Quincy Jones about Laura. What was still a prophecy for the then 21-year-old singer Laura Kipp in 2017, when the two met at the Stuttgart Jazz Open, is now confirmed. She presents her debut album “Quiet Land” under the signum LAURA with a combination of attributes: Youthful freshness meets amazing maturity, charisma meets understatement, the freedom and intellectuality of jazz meets the immediate emotional power of pop, soul and chanson.

More about the artist and her new album: https://www.glm.de/en/artists/laura/